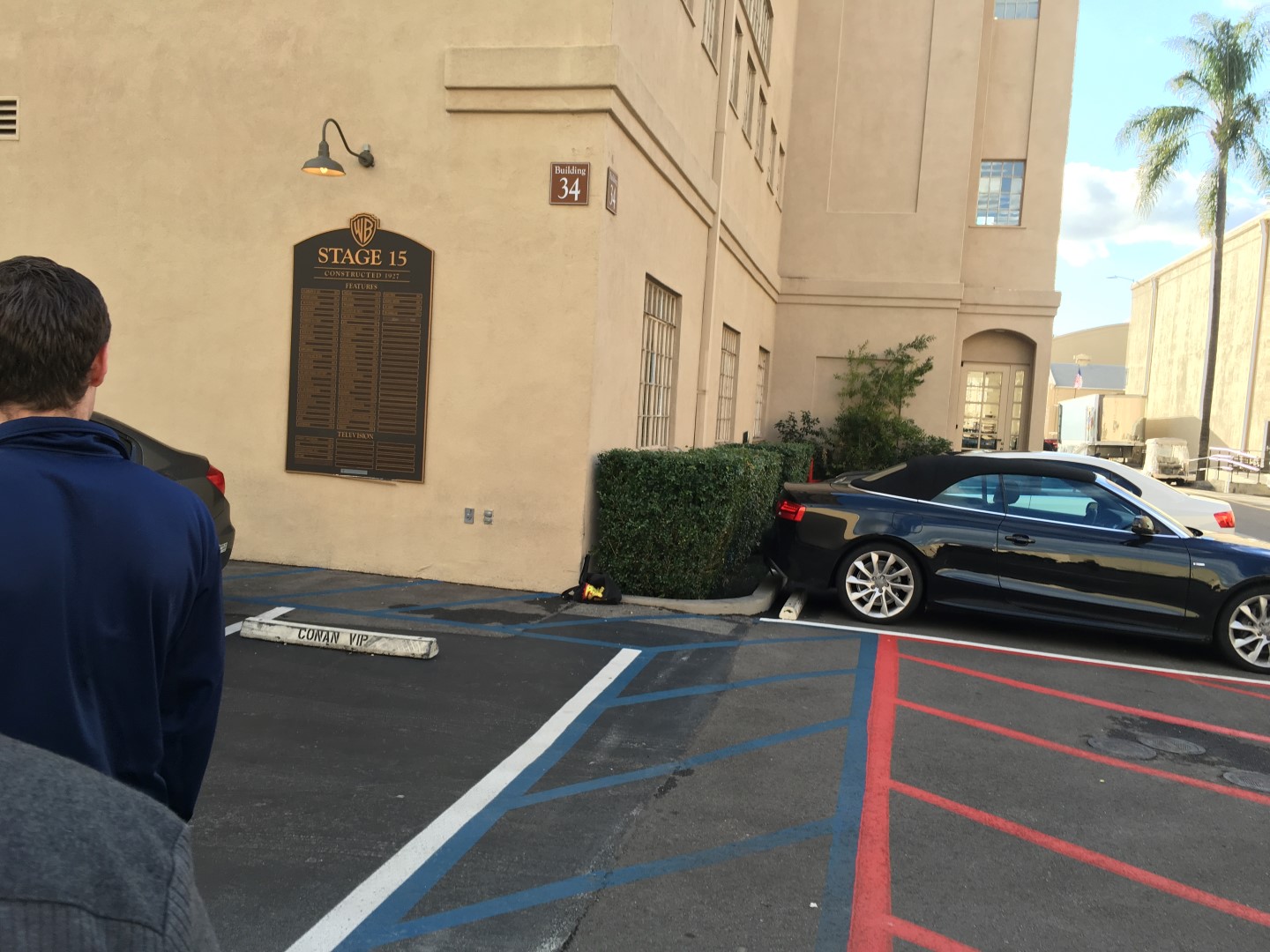 So this is the first of a kind of “Behind The Scenes” posts I’m going to try and put up for each week’s videos. Each week there usually are a few extra photos and bits of videos that didn’t quite make it into the final edit. Here is where I’ll try and post some of those bits, along with any personal notes I didn’t share in the video.

See this week’s video if you haven’t seen it here: Week 1 – Conan

This first week was my first video for this series, and I went with my friend Rachel to go see a taping of the “Conan” show being filmed at the Warner Brothers studio. I’d been once before, so I knew I wanted to get there early to try and get a good seat. If you weren’t aware, the show films in the afternoon, so I tried to get there around noon (which was about 2 1/2 – 3 hours early). Once you check in, they have a new thing since my last time being there. Once you check in, you’re given a group number which holds your place in line, which is nice because you can then leave (to go grab some food) and come back and still get the same place in line if you had stayed.

Anyways, “Conan” is filmed in Studio 15 on the Warner Bros, which has been the studio used for many great movies, especially from the 1980’s, like Ghostbusters, The Karate Kid II, The Goonies, Demolition Man, & a bunch more (check out the list here), 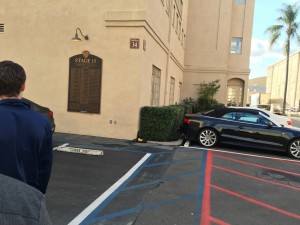 As I’ve mentioned, Journey of 1 is my personal journey to go experience all these things, but that doesn’t mean I won’t be joined by friends and family on occasion.  For this trip, I was joined by my friend Rachel.  Here’s a selfie we took after we got in and took our seats.  Please note, the lighting is meant to make the talent look good, so I’m blaming that on why I look horrible here. 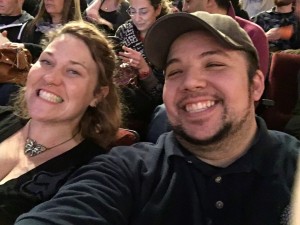 Before the show starts, you’ll see in the video that they do a bit of warmup beforehand to get the crowd excited and ready for the show.  The guy that comes out and talks is pretty funny, and he does a lot of audience interaction.  During our visit, he pulled people down to the stage and then later had them do a dance-off for free show t-shirts and other swag.  So if you go, pay attention, you may get called out, it’s not filmed (as far as I know) so don’t worry about being embarrassed.  You could get some free stuff.  Also when the band comes out and plays, it’s really a good chance to see how talented those guys really are and they come up in the audience and play a bit which is really fun.

If you’re a fan of Conan O’Brien, then you’ve probably seen him and Andy Richter before, but on TV, it’s hard to get a sense of how tall they really are.  But when you see them in person, they are two big dudes who tower over average height people.  It really is pretty striking when you see in person.  Here’s a quick sneaky shot I was able to take in between commercial breaks. 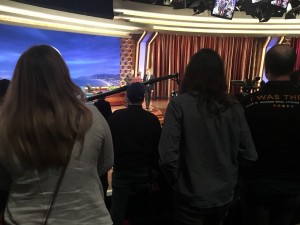 After the show, most people usually just walk out and are led back to the parking lot and back to their cars.  But you could also go into the “Central Perk” coffee shop and Warner Bros gift shop.  This was pretty cool and they had a ton of cool things there.  I showed a bit in the video, but there was a ton more stuff than what made the cut.  From a lot of your favorite WB shows, also TV shows like Big Bang Theory.  There was some pretty cool Game of Thrones merch:

You could also buy Harry Potter style wizard wands, as well as see replicas of the wands used in the movies by the main characters:

But for me, I loved all the Batman merchandise the best, and I really wanted this awesome chess set (but it was a bit out of my price range): 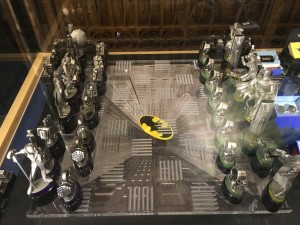 So that’s about all, if you have any questions please leave a comment below and I’ll try and answer them.  If you’re in the area and want to check out the show, be sure to plan ahead and try and get tickets by going here: http://teamcoco.com/tickets.  Thanks for reading!