See this week’s video if you haven’t seen it here: Week 17 – LA Zoo

There are a lot of large zoos all over the country and world, probably the most well known in southern California is the San Diego Zoo & Wildlife park.  But the Los Angeles Zoo is one of the nicer ones I’ve been too and I’d been looking forward to coming back to visit for some time now.  The Los Angeles Zoo is not a large park, but it’s well maintained, the animal exhibits offer great and close up views of the animals.  It also offers some great rest and play areas, and while it has a hill or two, it’s not a serious hike to get around the park, and the convenient shuttle makes it super easy to dropped off near the animals you want to see.  And best of all, it’s very inexpensive, not costing an arm and leg to get in.  But as I mentioned in the video, you can get your tickets online ahead of time and print at home, which will save you time once you get to the park. 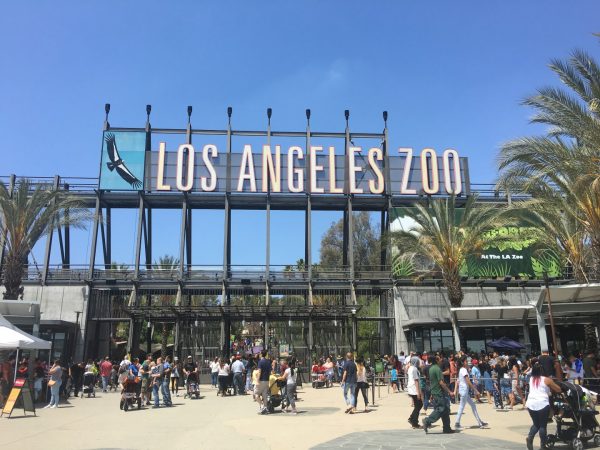 The entrance to the Zoo also reminds me of the Peter Jackson King Kong movie, with the giant wall keeping Kong back.

I had considered visiting the zoo earlier in the year for a previous week, but I heard about the new “Dinosaurs: Unextinct” exhibit which was opening mid-April, so I waited til now to visit so I could be sure to check that out.  This exhibit does cost an extra $5 to get into it (it is NOT included in the Zoo ticket price).  The entrance had a distinct Jurassic Park feel (in the gift shop they even played the theme song from the movie), but was really cool and definitely stood out from other exhibits in the park. 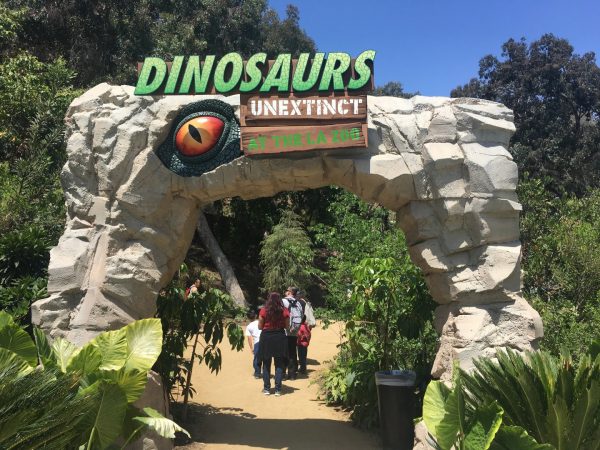 The exhibit is essentially a walking path with life-size animatronic dinosaurs that move, roar, and spit water.  They are usually really close to, so it makes for great pictures, but also helps you get a good perspective on their actual size, which makes them even more impressive.  Some were more animated then others, but generally they moved pretty fluidly and helped add to the “realism”.  They even had an example stegosaurus setup with the “skin” removed so you could see how they worked: 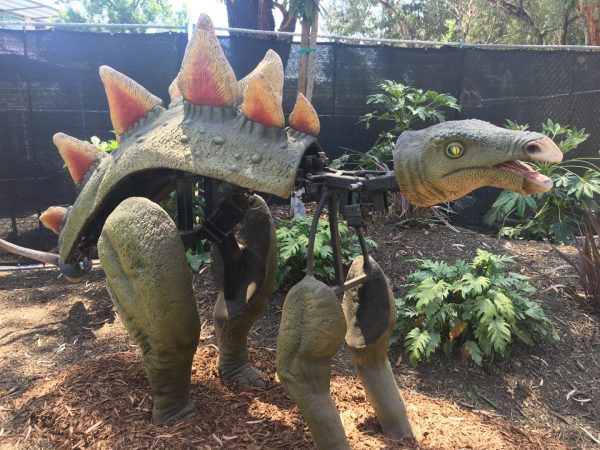 As mentioned in the video, there are a few side things you can do, like the fossil dig.  Also as mentioned in the video, be sure to download the “Dinosaurs: Unextinct” app BEFORE visiting the park.  It’s a large app and there’s no wifi in the park, so if you don’t already have it, you may not be able to download it there (or if you can, it’ll eat up a ton of data).  But the app allows you to do some cool augmented reality stuff at a specific area, I didn’t get to do it because I was not wise enough to get the app beforehand.  Anyways, I’ll move on, but first I’ll show what is probably the featured showpiece, which was impressive.  If you go to the LA Zoo, be sure to check out this exhibit! 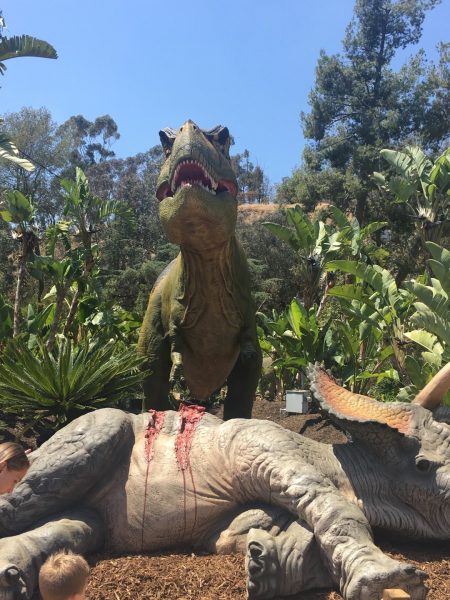 One of the things I really liked about this trip was being able to get a chance to use my zoom lens on my DSLR to try and get some closeup photos and videos of the animals.  I showed some in the video, but I really loved the way some of the photos came out, here’s a few of them 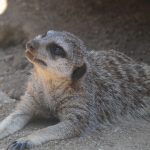 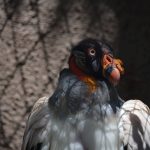 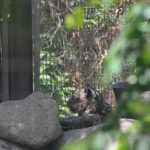 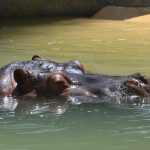 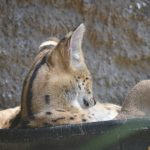 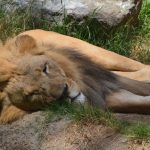 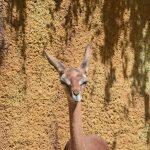 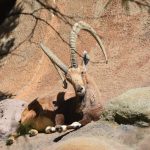 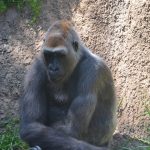 I briefly showed the Chimpanzees in the video, I would have shown more but they were all in their “penthouse” which meant they were harder to see and behind some chain link fences.  But mostly, because I had trouble holding the camera still cause I couldn’t stop laughing as one of them was sitting there, making fart noises using his arm.  Here’s the clearest shot I could get, still makes me giggle (yes, I am a child).

One of the things in the park I had to cut from the video was the “Australian House”.  It was tucked away in a corner, with no real signs pointed to it.  Even the building only has a small sign labeling it with a nearly hidden door nearby.  But it’s actually a pretty interesting place to see, as it’s completely dark inside, because inside they have a few animals from Australia that you normally wouldn’t see during the daylight.  It’s a nice quiet room inside where if you’re sharp eyed and patient, you can see the animals running around inside.  It was too hard to get clear video of the animals, so you’ll have to go see for yourself, but here’s a video I did get to give you an idea of what it was like inside:

Oh yeah, last thing, if you are going to try and follow in my footsteps for some of these videos, you can get a discount ticket for the LA Zoo, National History Museum, and the Long Beach Aquarium of the Pacific at any of those locations which gets you into all 3 for a bit cheaper.  Unfortunately I didn’t notice this before I’d already visited the History Museum and now at the LA Zoo.  I will likely visit the Aquarium in a future episode, but just a tip for you in case you go so you can save a few bucks.

Anyways, thanks for reading, hope this added a bit of insight to my visit to the zoo.  As always, if you have questions or comments, leave a comment and I’ll answer as soon as I can!