See this week’s video if you haven’t seen it here: Week 19 – Solvang, CA

The Journey Notes is mostly of the trip was just the drive out to Solvang.  But that was one of the main things I was looking forward to and enjoyed.  Solvang is a great place, and I’ll talk a little more about it later, but really, getting to drive my motorcycle out there, along with my dad, uncle, and cousin was a real treat.  And the parts of the drive where we weren’t stuck in traffic were really amazing.

Our trip first took the 405 North freeway to get past a lot of the city, then we took the 10 West Freeway which dropped us off on the coast into Santa Monica.  We then continued along on Pacific Coast Highway (Highway 1 north) along the coast through Santa Monica, into Malibu.  If you’re interested in seeing more of Malibu, check out my previous trip where I rode with my dad into Malibu to visit the Paradise Cove Cafe.  This day however we were going much farther.  After Malibu, Highway 1 met up with the 101 Freeway in Oxnard.  Right about here was the halfway point of the trip, and is where we stopped in the main video for gas and where I cleared up my camera lens from the fog we drove through.

This is the full ride video up until the halfway point in Oxnard.  The first part of the trip I didn’t film the freeway portions in order to save battery life for the later parts of the ride.  The second part (which is past the point we traveled in the previous trip) is uninterrupted video until the end.

After that stop we jumped back on the 101 Freeway heading north.  Things were going well, and this is where (in the main video), we turned off on the wrong exit and started heading towards Lake Casitas.  Unfortunately once we turned around and got back on the 101, the freeway traffic got real bad.  I mean, dead stop bad.  I didn’t record the drive during this part to spare you an hour of seeing cars move a few feet at a time all the way to Santa Barbara.  Along the way we took a short break from the traffic, pulling off into the beautiful little city of Summerland.  If you decide to follow along on this trip someday, I’d highly recommend taking a quick detour (it’s right along the freeway) there.  Once we got to Santa Barbara the traffic cleared up, and we got off the 101 and took the 154 Highway which was the “back way” to get to Solvang.  This was the part of the ride that really made dealing with all that traffic worth it.  It was a gorgeous road that wound up and through the mountains of the Los Padres National Forest and the San Marcos Pass.  I showed a few minutes of the this part in the video, but you can see the full ride in the 2nd part of the ride out video below.  At one point we went across a pretty long bridge that was really high up and was pretty thrilling to ride over as just a few feet to the side was nothing but air for what seemed like a thousand feet below.  Highway 154 passes along Lake Cachuma before we diverged to take Highway 246 which was the final leg into Solvang.  As we went, we past the Chumash (Indian) Casino Resort, which was just a couple minutes away from Solvang.

Part 2 of the drive to Solvang,  Starting from Oxnard along the 101.  I recorded only part of the ride until we got onto the 154 Highway, at which point it continues uninterrupted until we arrive in Solvang.

At this point we arrived in Solvang and pulled into the Big Bopper’s parking lot (shown in the main video).  They served burgers and other “American food” offerings.  We would have chosen to eat in one of the more “authentic” restaurants in Solvang, but since we’d arrived late, we didn’t want to have to wait and spend that much time in a restaurant. 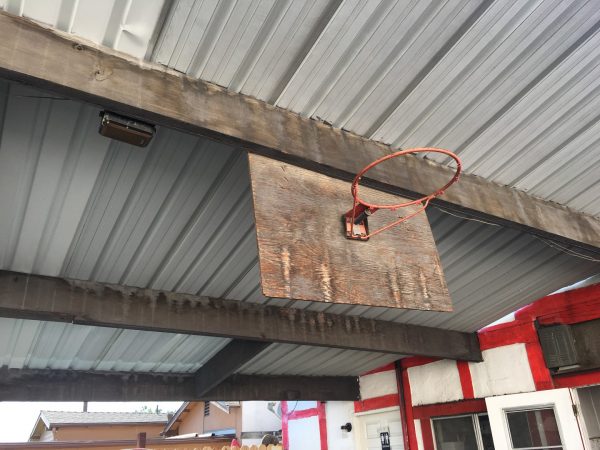 After eating, we walked over to the Motorcycle Museum.  One thing to note, they ONLY accept cash for the $10 entrance fee, and the nearest ATM is a few blocks down.  It really was pretty cool seeing all the old and crazy motorcycles there. 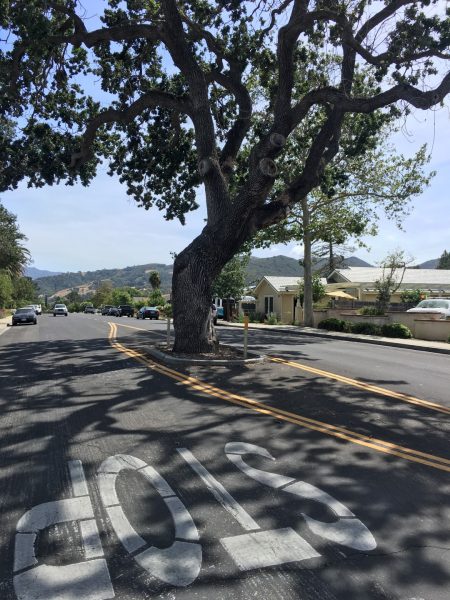 I thought this tree in the middle of the road was pretty hilarious, but kudos to Solvang for not uprooting it when making the road.

After the Motorcycle Museum, we walked back through the city and stopped in “Olsen’s Danish Village Bakery” to pick up some of their famous cookies and some sweets as desert.  There was so much more to see here in Solvang, but unfortunately we didn’t have time to stick around and had to head back to the bikes and head back out to go home.  Definitely will be happy to come back and visit again and spend some more time here.

On the way out of Solvang, we continued west on the 246 Highway, which quickly joined back up on the 101 and we headed back south.  This was also a pretty great ride, a short ride through the tail end of the mountain range and then dropped out right on the coast.  By this time it was late afternoon, and the fog and clouds had burned off, leaving a brilliant sunny ride along the beach.  My uncle Jesse & cousin Jay drove along with us until we stopped in Westlake Village to refill our gas tanks, after which they split off to head farther east to go home, as my dad & I jumped back on the 405 south.

The video of our ride home from Solvang along the 101 Freeway south.  Video ends somewhere near Westlake Village as the rest of the ride was just boring freeway footage and traffic the the rest of the way home.

Thanks for taking the time to read along.  Be sure to check out the other Journey Notes and videos on the website for more bonus content!