Hours:
Not open to public for tours.  Bands/Artists can schedule to record there/use studios.  Contact Capitol Records for more info.

This week’s Journey found me traveling back to Hollywood to visit the Capitol Records Tower and the Wax Record Fair outside the studios.  On the way there I noticed the Griffith Park Observatory & Hollywood Sign off to the side of the freeway, which kinda gave me an idea of how close they were to downtown Hollywood.

Arriving there, just like any trip into downtown LA or Hollywood, public parking was not friendly.  There is metered street parking or paid parking lots, so be sure to bring some cash either way if you’re visiting the area.  Once parked, seeing the Capitol Records Tower was impressive and fun to see first hand after seeing it in so many movies showing Los Angeles landmarks.  The circular design is really unique and I’m sure before the other tall building were built around it, the views would have been amazing in every direction. 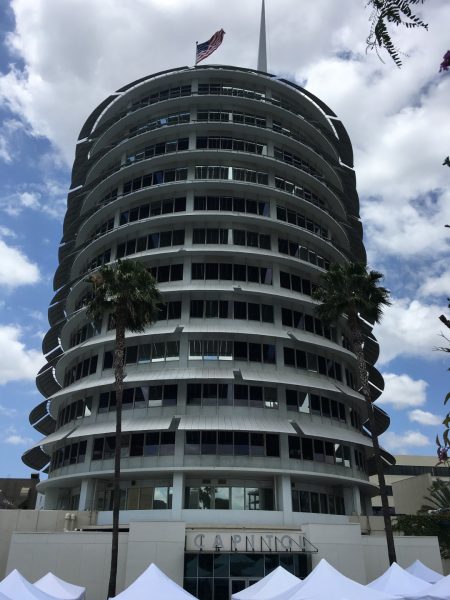 As I mentioned in the video, I got there a little early so I could check out the Wax LA Record Fair that was going on.  I don’t know if this was the first time they’ve done this fair, or if there just wasn’t a huge interest in it, but I was pretty disappointed at how empty it was.

There weren’t as many booths as I expected, and just not much variety other than just booths selling records with no obvious difference between most booths.  It just seemed like not much to do if you weren’t there to just dig through boxes after unmarked box to find a certain record you’re looking for.  And I’m no record/vinyl connoisseur, but it seems like the prices were marked up a bit high, like this Bad Religion record going for $97! 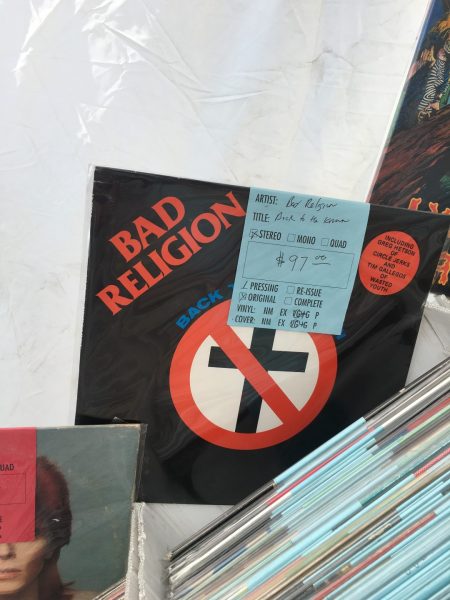 There was however one record booth with a name that I really appreciated:

Oh and also outside Capitol Studios was this pretty cool mural on the side one of the buildings.

Once it was finally time for my tour through the studio, I walked out to the front of the building (on the street side) and that’s where all the celebrity stars on the sidewalk were (as seen in the main video).  The actual tour only really took place on the bottom floor of the tower, showing just the main recording studios.  This was a bit of a bummer as I was hoping they’d take us higher in the building and looking out the windows from the upper floors.  The tour was also VERY technical for a lot of it showing off their recording equipment.  While I’m sure that any sound engineer would have loved all this information, it was pretty dense for the layperson like myself. 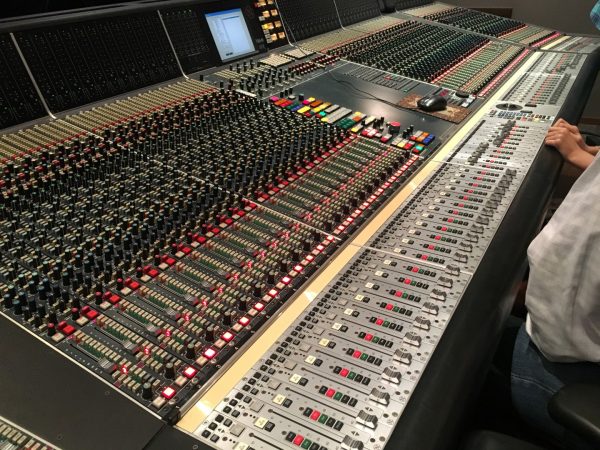 Not surprising really it was so technical when you look at these control boards, I can’t imagine trying to work these things and understanding it all.

In the main video, I showed some photos of Studio A (the biggest one), I didn’t include a couple of the isolation rooms they had there.  In the one they showed us they had a second different type of piano setup, but that room is really flexible in what they use it for, so they can fit whatever needs the recording artists/bands need. 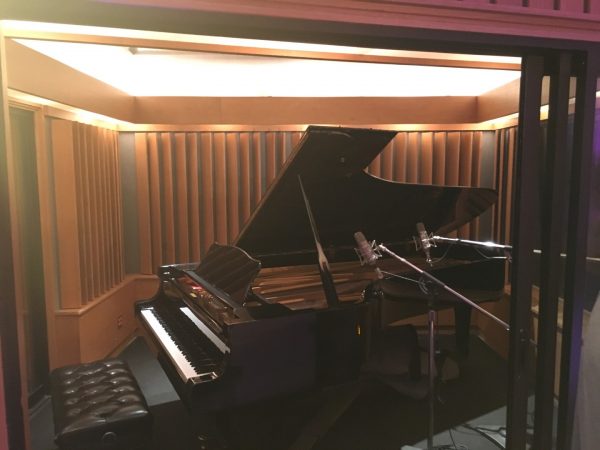 In Studio B, they also had a cool lounge on a second story that overlooked the studio, but we were told that they have often used it as an extension of the recording area, having a singer in the lounge while the band played below, or used it as another pseudo-isolation chamber. 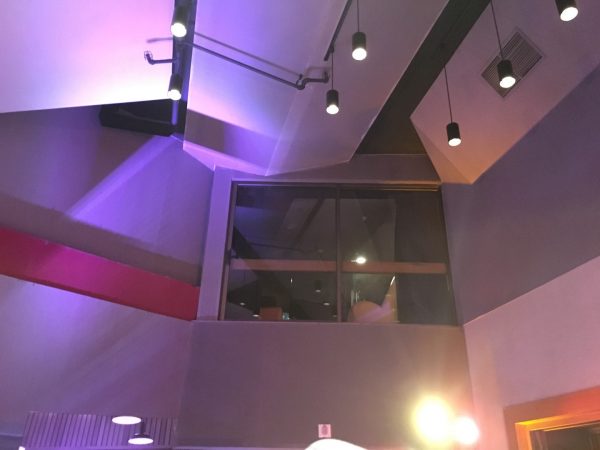 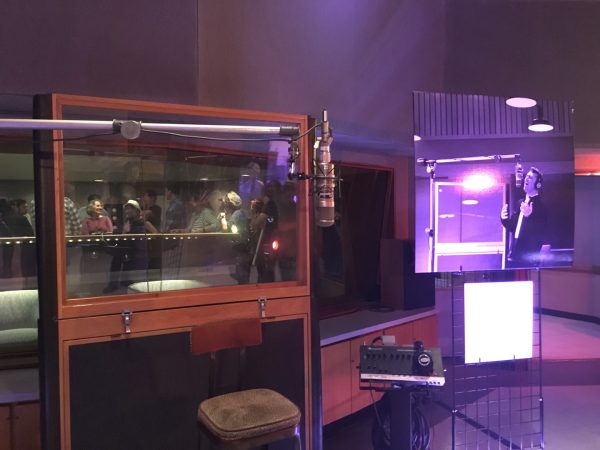 The rest of the tour is pretty well mentioned in the main video, but it was awesome hearing the passion of the guys who work there.  And it was pretty awesome hearing the incredible technical abilities and things that they can do to make the best record possible.  And the fact that the studios are open to any artist or band looking to record there is really cool.  While I would have loved to have seen more, it was still a fun tour and well worth the visit.  Let me know if you have any questions in the comments below and I’ll answer what I can.  Thanks for reading!