Hours:
Recommend arriving 30 minutes before performance, sometimes there are also pre-show lectures which start an hour or more before hand.

Costs:
Tickets are as low as $20, but can be upwards of $100 or more depending on seat location and performance.  My balcony seat was $35.

First up this week was the Walt Disney Concert Hall, which I took my mom along with me to go see the LA Philharmonic perform.  It was nearing the end of their season, so we were lucky to catch one of the final showings.

Right next door to the Walt Disney Concert Hall was quite a few places as I mentioned in the video, but I didn’t mention or show the “Music Center” building right next door, which is a place for the LA Opera and other performances.  Hopefully I’ll get a chance to visit there in a future trip.

Once we got inside the Walt Disney Concert Hall, we spent some time walking around and exploring in and around the hall.  As I mentioned there were lots of really cool areas and also great viewpoints around the various corners. 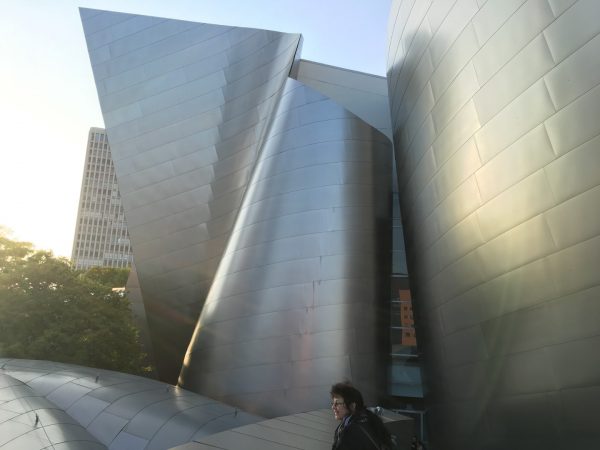 My Mom looking out at the view (the city panning shot from the video is what we could see from here). 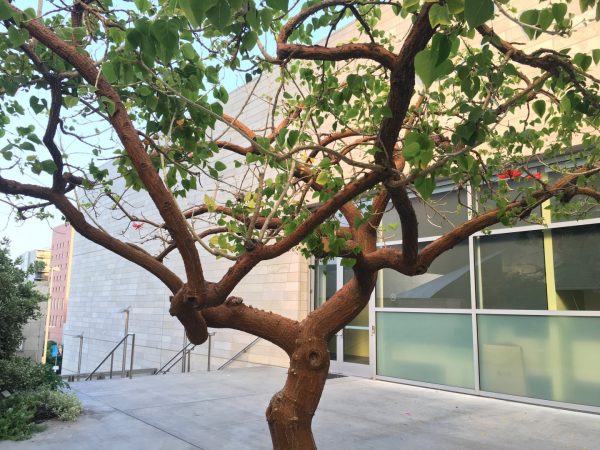 In the video, I quickly showed this tree in their garden, but I really loved the way it looked, it was like some sort of mythical “Tree of Life”.

The next day I was able to go with my dad to the Memorial Day ceremony being held at the Redondo Beach Veteran’s Park.  I went over most of what was going on there in the video, but in addition to the army vehicles on display, there was also some fire trucks, with one having one of it’s ladders extended out, which I thought was pretty cool to see.

Also, in the video, I showed a short clip of the Redondo Beach high school band playing the Armed Forces Medley, but here’s an extended clip of them playing the rest of the songs:

Thanks for reading, if you have any questions please leave a comment.  Otherwise see ya next week!