See this week’s video if you haven’t seen it here: Week 23 – The Getty Center 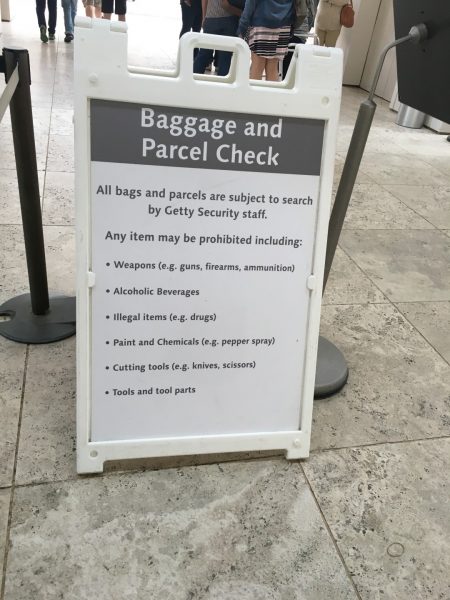 Just in case you wanted to get wasted and build something while at the museum, you’ll be a bit disappointed.

When you visit, one thing to note is they do have some guidelines you gotta follow if you plan to take photos & videos.  I had to get permission from them in order to actually use my photos & videos I took to make my Journey video on YouTube.  They are fine with you taking photos and videos for personal use (although some exhibits are off limits and no photography is allowed).  But don’t try and bring any professional equipment or tripods with you, they are not allowed either.  Also, I had to to be very careful to not include other visitors or staff as much as possible in the photos/videos to respect their privacy, so my apologies if some videos had awkward angles.  Be sure to check out their guidelines before you visit.

As I mentioned in the video, I hadn’t been back to the Getty Center since I was much younger, and so I’d forgotten most of my previous experience.  So visiting this time was really like visiting for the first time.  And wow, was I blown away with this place.  The first thing I noticed was just how big the Getty Center was and how much there was to see. 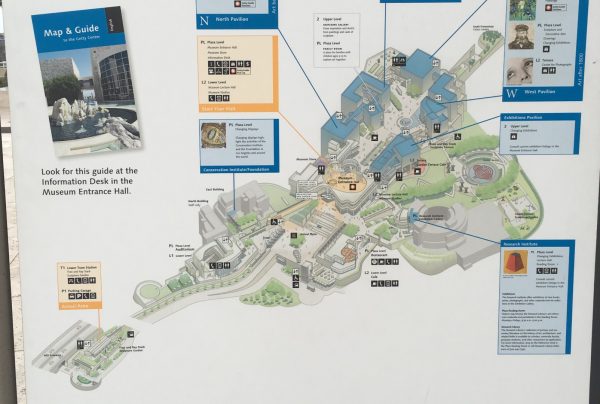 Map of the Getty Center.  I only had time to visit the “blue” buildings, Central Garden, and the part of the Entrance Hall.

For me, the hardest thing was trying to just get an idea of where everything was and what I wanted to see first.  As I mentioned in the video, there is a side area in the entrance hall just behind the the “Getty Guide” desk.  Speaking of, at the “Getty Guide” desk, you could get an iPod and headphones that would do a guided/narrated tour of the Getty Center, if I’d had more time to explore I definitely would have picked up one of these. 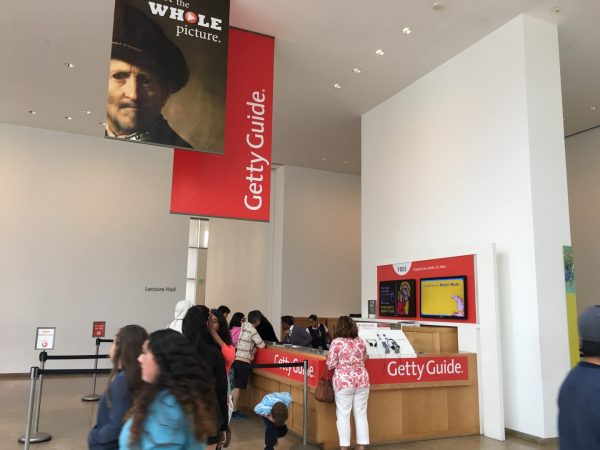 The orientation video was along the wall behind this desk where you can get a guided tour headset. 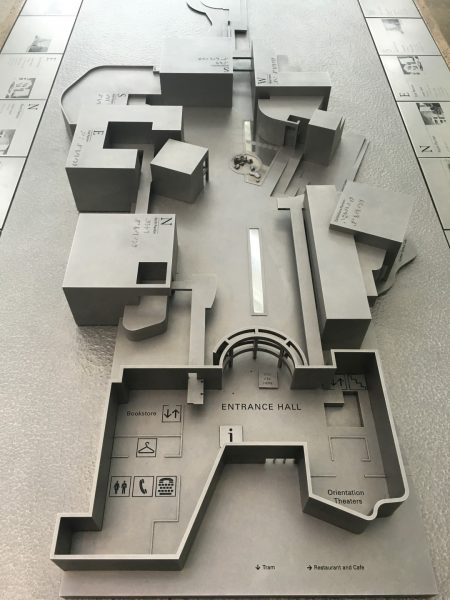 Another view of the main buildings with the 3D scale model on display in the Entrance Hall.

As I mentioned in the video I went through their special exhibit, the Cave Temples of Dunhuang.  For those that have never heard of them (as I hadn’t either), they had these interesting little info cards along the line to get in (oh yeah, you had to get a ticket for a time to return, and then wait in line to go in to the exhibit in groups). 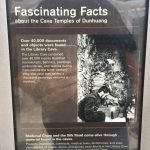 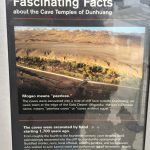 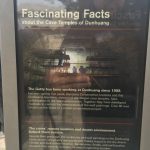 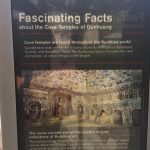 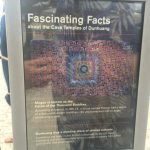 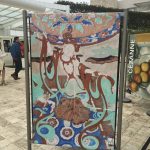 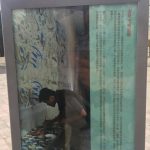 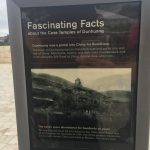 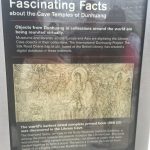 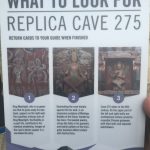 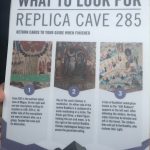 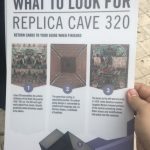 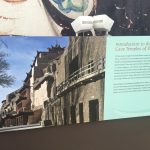 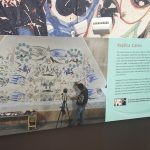 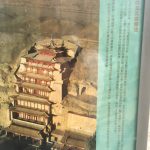 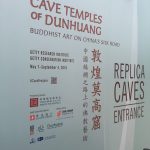 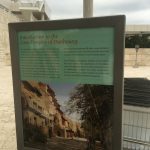 Inside the tented exhibit, they’d painstakingly recreated 3 of the caves from the actual cave temples.  It was incredibly impressive, and just thinking about the amount of time and effort that went into not only the originals, but just recreating them was impressive. 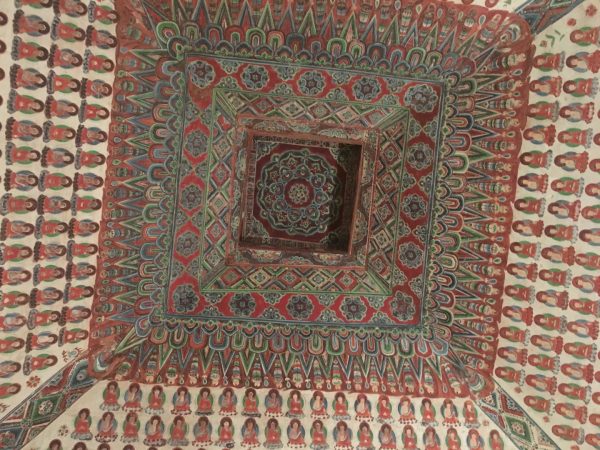 So many monks, was crazy to see so many painted. 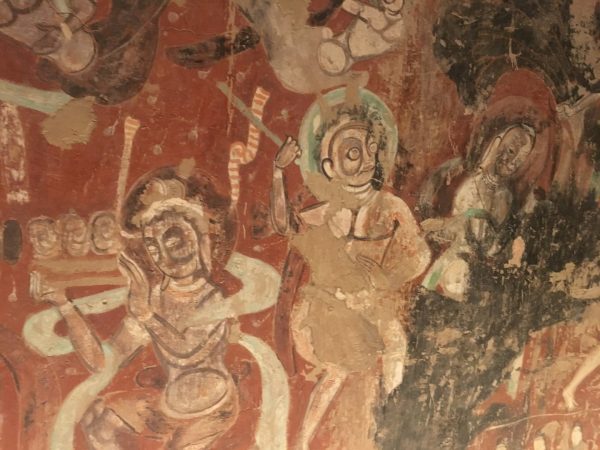 I loved the crazy eyes on this one dude. 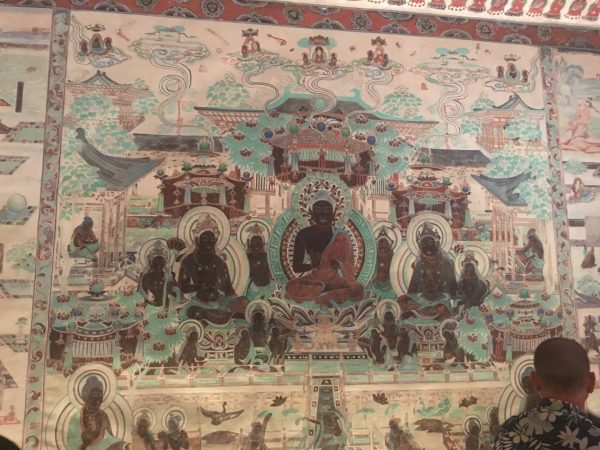 Many of the paintings also told stories and were so interesting to see.

Once I was back in the courtyard for the main buildings, they had a stage set up where they would have live music being played showcasing different cultural music from around the world.  Here’s a bit I recorded with some kids dancing around to the music.

While there were lots of beautiful statues and impressive sculptures around the Getty Center, there was a couple of “Standing Man/Woman” statues around the museum that were pretty creepy, reminding me of the “Slenderman” creepypasta. 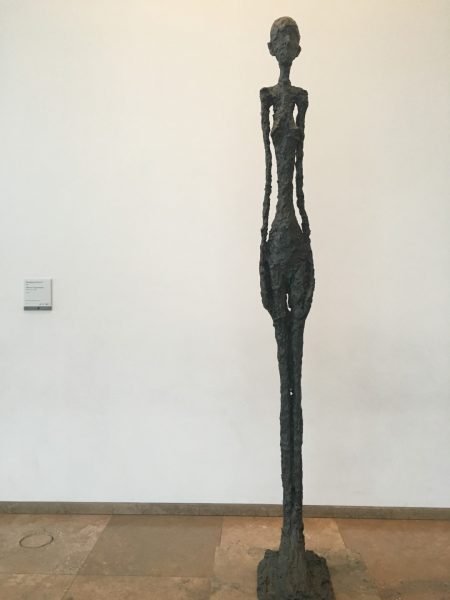 I did not spend a lot of time where these statues were, and had to keep checking to make sure they didn’t move.

In the video, I spent a bit of video showing off the view from the Getty Center, which you truly have to go see for yourself, but I also took a quick video of one of the upper floor gardens which had some of the best views.  You can kind of get a bit of an idea of how high up you are and the “openness” of the views.

But really, the primary thing everyone is there to see is the amazing artwork.  I took a lot of photos and videos of the art, but really, it doesn’t even begin to do justice to the art on display.  See art digitized on a computer screen can give you an idea of what it looks like, but seeing the actual painted creation in person somehow is just more special and awe-inspiring.  So while I could post a ton of photos/videos here of what I saw and liked, (and I tried to be judicious in the main video also), I’m just gonna put a couple of some notable ones here, but really, do yourself a favor, go and see them in person! 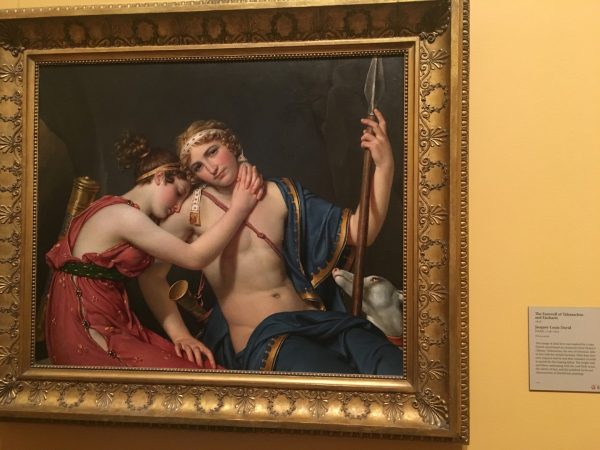 This painting was so amazing, It looked like I was looking through a window at them.  One of my favorites I discovered there. 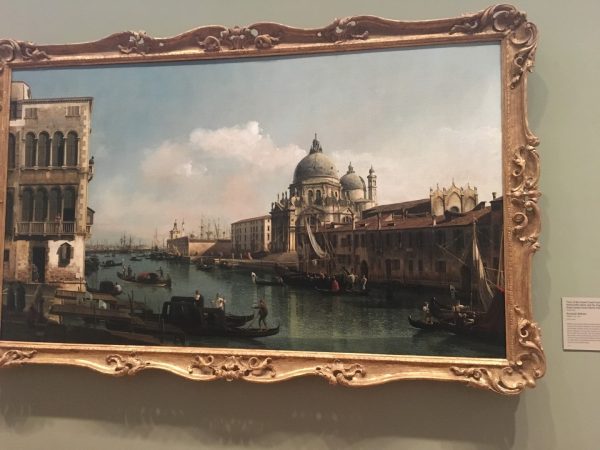 I also loved this realistic painting, it was just like a hi-def photograph.  Blew my mind, I want this on my wall someday. 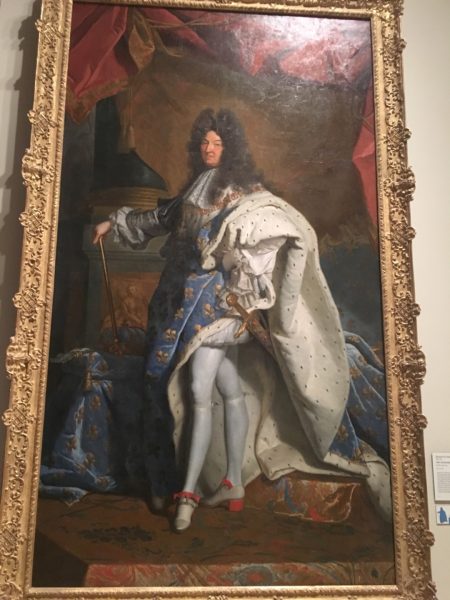 King Louis XIV, the fanciest dude ever.  Modern day divas would be ashamed to be in his presence.

The top floors of the main buildings were dedicated to the paintings, while the ground floors had all the sculptures and other “physical” items.  Again, another one of those things you want to see in person, and I showed some of my favorites in the main video.  But here’s one I didn’t get a chance to include: 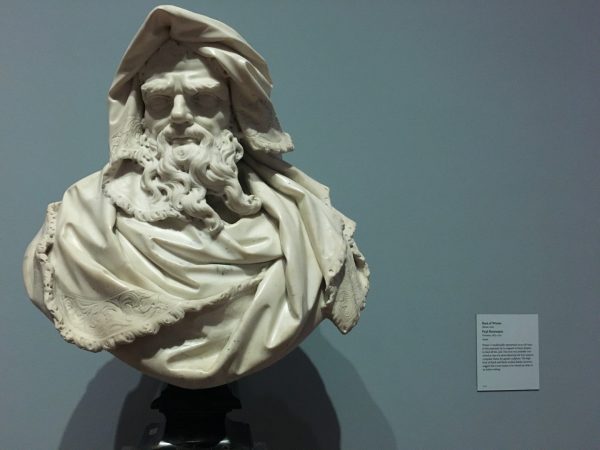 If video games have taught me anything, this guy has an epic quest for me & will reward me with the game’s ultimate weapon.

One of my biggest regrets of the day was just getting there so late, knowing now how much there was to see, I would have loved to have arrived early in the morning and spent the whole day exploring, able to take more time to appreciate each piece.  Fortunately the Getty Center is open from 10am to 9pm on Fridays & Saturdays, so you’d have plenty of time.  Also I didn’t get a chance to eat at any of the food places there.  I briefly passed by a couple of them and it smelled delicious, and the menu looked amazing.  Next time I’ll be sure to grab a bite.

I didn’t even get to visit some of the buildings, which have even more exhibits, and also show some of the other projects and works the Getty helps to promote and preserve.  Definitely something I look forward to checking out on my next visit.

On my way out, I stopped to use the restroom, and I found their rarest antiques along the way, and had to stop and take a picture of these objects out of time: 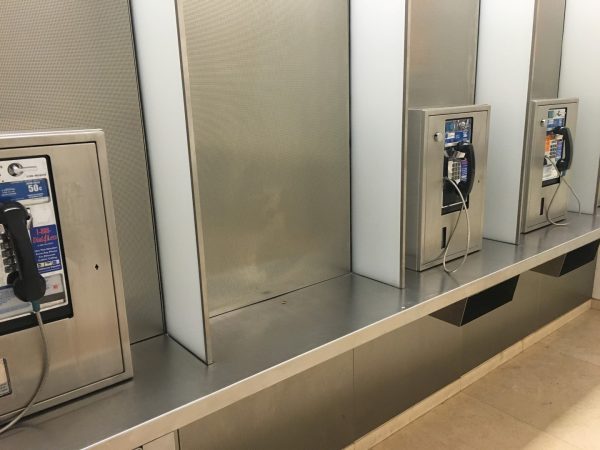 I believe these are called “Pay Phones”, and used to be all over the country, so shocking to see 3 of them together like this.

Anyways, that’s about it for this week’s Journey Notes.  Leave a comment below if you have any questions, and I’ll be sure to respond as soon as possible.  Thanks for reading, see ya next week!